How do you know whether forest fires or factories and diesel generators are responsible for Black Carbon or CO2 in the air or deposited in icefields?  An experiment called CARVE (Carbon in Arctic Reservoirs Vulnerability Experiment) led by Chip Miller of the NASA Jet Propulsion Laboratory was conducted in Alaska’s airspace and some results just published explain how the source can be identified.  The combustion of woody biomass (or more importantly in Alaska–layers of compacted dead moss and organic soil) liberates primarily carbon deposited since World War II into CO2.  That modern post-bomb carbon contains traces of radioactive  carbon (Δ14C) in contrast to fossil fuels, deposited in prehistoric times, which have none. 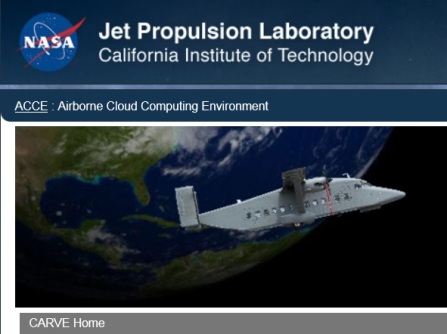 CARVE:  Sherpa aircraft flew sensors over fires in Alaska in 2013 to measure atmospheric concentrations of gases.

During the CARVE experiment, Sherpa aircraft flew sensors to measure atmospheric concentrations of CH4, CO2, and CO and parameters that control gas emissions (i.e. soil moisture, freeze/thaw state, surface temperature). They directly flew over some fires (including fires near Fairbanks and Delta) to measure the “fingerprint” concentrations of isotopes released by typical boreal burning.  Mouteva et al. (2015) published findings that showed most of the C in the summer skies over Alaska in 2013 was indeed attributable to forest fires and the age of the biomass converted to black carbon averaged about 20 years (range 11-47 yrs).  The authors also explore using the carbon isotope “fingerprint” of fires to estimate the average depth of consumption–since Δ14C increases with depth from the surface moss to the mesic horizon.  Pooled results of radioactive isotope fractions yielded an average depth of burn of about 8 inches for the 2013 Alaska fires–a result that may vary depending on fuel conditions.  Burn severity, expressed as depth of consumption, is a hot topic among agencies and land managers because it drives ecological response to burning as well as vegetation changes which may come with the hypothesized climate-driven increased boreal burning.

The Alaska Center for Unmanned Aerial Systems Integration is a research center at the University of Alaska, Fairbanks for small, unmanned aircraft systems–UAVs, often referred to as “drones”– providing integration of unique payloads and supporting pathfinder missions within government and science communities–including the Fire Management Community.  ACUASI has 11 different aircraft with more coming all the time.  Deputy Director Ro Bailey gave a presentation at the Interagency Dispatchers workshop March 26, 2014 and allowed us to post her slides for those who weren’t at the meeting.  Find the presentation on Archive of Events & Webinars or link to the presentation page HERE.